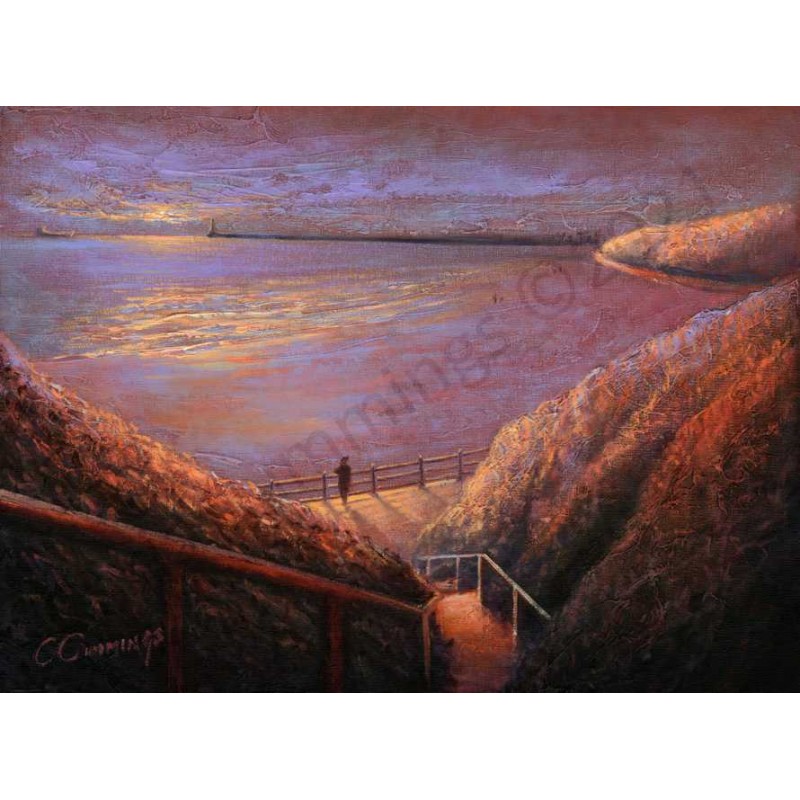 Please read the biography below.

Please read the biography below.

Please note: the watermark is shown for copyright purposes only.

Local artist Mr Kenneth John William Watts was born in 1932 in Forest Hill, New Addington, London. He spent his national service in Kenya staying in the army until the late 1950's when he made his move to the North East. After moving to Jarrow Kenneth Watts started capturing the street scenes of the local area and created minutely detailed paintings of nearby streets.  His love of drawing developed at a very young age; he briefly attended drawing classes at night school in his teens but was mostly self-taught.  He started to paint the fast-changing townscapes of Jarrow and surrounding areas in the early 1960's developing his technique & skills as he worked.  In the late 60’s and early 70’s Kenneth Watts had a deep involvement in the Jarrow Art Group and was instrumental in organising exhibitions.

He then went on to set up the Bede Gallery with Vince Rea and painted a huge mural in Sunderland; as well as having many major exhibitions, including London’s Prestigious Serpentine Gallery.

In later years he attended Sunderland University fulfilling his dream of obtaining a first-class Fine Arts degree which he saw as recognition by the establishment.  Some of Kenneth Watts paintings which will be auctioned on the 6th June, have their roots in sixties pop art and gradually become more complex and technical through the years, include a study of the old Jarrow railway station and a striking painting on the former mineral line signal box between Jarrow and Hebburn.  In 2014 in the middle of his Master’s degree he became unwell, sadly passing away before it was finished.

The Brickie by Ken Watts